What is your job at Pinnacle? Tell us a bit about your role, responsibilities and time at the company?

I am an Area Manager at Pinnacle Group within the FM division covering the west of the country from Exeter in the South to Barrow in Furness in the North looking after 9 clients, 12 profit centres, £5mil+ turnover, 6 direct reports and nearly 200 staff. I have been with the business for 9 years now after joining in 2011 as a Team Manager at our Joint Service Centre PFI project in Stoke on Trent until becoming a Contracts Manager within the East Midlands in 2013. Since the FM restructure in 2018 I have been in my current position.

What role did you undertake in the armed forces?

I was in the Army, specifically the RLC as a chef. I joined in Sept 1993 as an apprentice and carried out my training in Aldershot until April 1995 upon where I was then posted to Germany. I served with a number of regiments (26 Regt RA, 3 RHA, 40 Regt RA, 200 Sigs Sqn, 35 Royal Engineers and 39 Regt RA) within Germany and the UK and carried out numerous operational tours of Bosnia (1996, 98), Kosovo (2001) and Iraq (2003). I reached the substantive rank of Corporal whilst serving and was  eventually was medically discharged from the forces in 2008 due to having testicular cancer.

Easy answer… The camaraderie, the togetherness, the belonging.

What do you miss most from being in the army?

I was part of the RLC/Army football and Skiing teams so being away from unit for weeks at a time on a jolly and being paid for it. The buzz of operational tours and being in a war-torn country knowing that you’re there to help and make a positive difference to people’s lives and shaping their future for the better even though you’re at constant risk of coming under attack or not coming home.

What attracted you to the military in the first place?

I was academically rubbish at school. My dad served and took me to the careers office, after 2 minutes I was sold as it sounded amazing from the careers advisor what was on offer… Needless to say, some was true though a lot wasn’t.

How did you find the transfer to civilian life?

I was actually fortunate that when I was undergoing treatment for testicular cancer during 2006-2008 my transition was somewhat different in a way that I didn’t have to worry about a job, house etc because at that time I was fighting to save my life, somewhat like a situation I had been in before many times on a battlefield in a war-torn country so everything else seemed somewhat inconsequential right then and I had to focus on ensuring I didn’t leave this world at a young age of 29. Since then, I have settled into civilian life rather well I think, good job, nice house, loving family with kids etc though I’m still fiercely proud of my military service and wouldn’t change it for anything.

What would be your biggest piece of advice to anyone currently making the step from military to civilian life?

Grab the opportunity with both hands… unbeknown to you, the military will have given you skills such as leadership, teamwork, integrity, mental strength, honesty, improvisation, adaptability etc – all of which you will use to adapt to civilian life and work in your next step. You should stand tall and be proud of your service and make sure you let future employers know of your background as you will have key qualities that they need.

I was a chef by trade in the Army but transitioned to become a senior manager in the FM sector with ease, it’s all about mindset, application and leadership.

Don’t become another statistic and give up on life after the military, you’re not just a number or forgotten person. Reach out if you need too but certainly grab the opportunity of a new chapter in your life and you will be surprised where it leads in a positive way. (I have lost several friends that have been unable to adapt and have taken their own lives, the pain and hurt is raw every day and makes me guilty as I never saw the signs!

What do you think the single biggest thing is that we could do as a company to make a positive impact for the military community within Pinnacle?

Set up a partnership with the Armed Forces to start talking to prospective service leavers at all ages and levels as they have so many key skills and core qualities that will help represent driving the Group forward if employed after leaving service.

What made you join the Armed Forces Network? What do you hope it will achieve?

I was invited to join by Joanne. I hope to help shape the way as a business we view veterans leaving the forces and being a voice for them to civilian counterparts on the amazing qualities they have to offer and help the transition so they know they can belong in the outside world also.

Without hesitation DO IT – come and join us, we are building a great team network here between those veterans that have served and those civilians that haven’t but want to play a big part in understanding, assisting and driving the recognition your service deserves

For my sins I am a devout Stoke City fan.

I did hold a single figure golf handicap in my younger years. 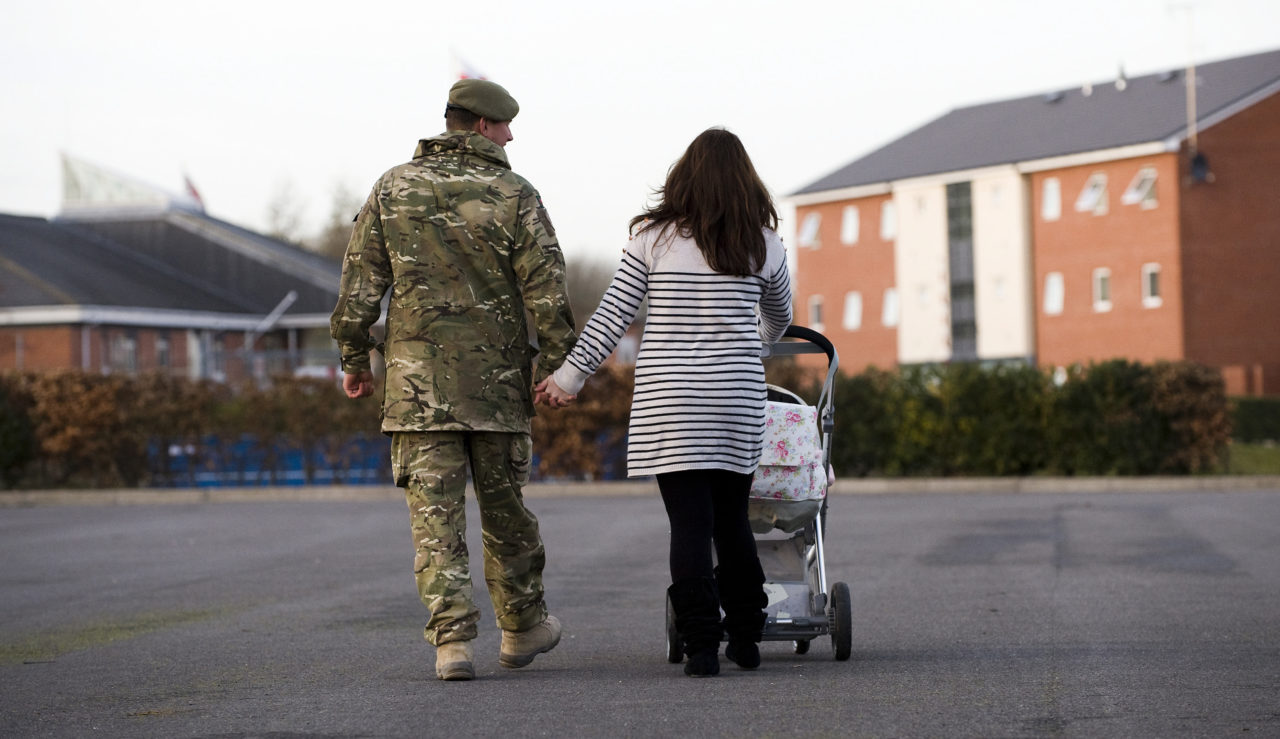